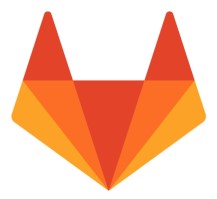 A runner is a server that is able to execute a CI/CD pipeline. These pipelines contain one or more jobs that check a version controlled repository for build errors, code style, etc. This repository contains a dockerfile and bash scripts to make a Gitlab runner. It is intended to be used with a Gitlab repository that has a CI/CD pipeline configured according to a .gitlab-ci.yml file in the parent directory.

As long as the base image in your .gitlab-ci.yml file is compatible with arm architecture, this runner will work on a Raspberry Pi. If the base image isn’t compatible then you will have the same experience as this. Of course, you can build this image on an x86 machine and it will work with most base images a CI file is likely to contain.

Instructions from https://www.devils-heaven.com/gitlab-runner-finally-use-your-raspberry-pi/. Note that you should copy the token that is located on your gitlab account, found under the project menu: Settings> CI / CD> Runners>Specific Runners

From https://itnext.io/docker-in-docker-521958d34efd. Note we need to mount a volume as we run the container. This is because the runner depends on Docker. Running Docker in a Docker container is tricky so the easiest method is to “borrow” the host Docker service instead, which we do by mounting its .sock file.